As part of the graduation celebration for the Bachelor, Master and PhD students of Cognitive Science at the University of Osnabrück, I have been asked to hold … 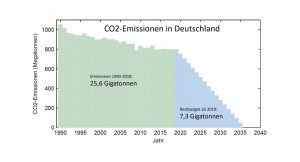 Go vote: It is the final countdown

This weekend there are the elections of the European Parliament. This parliament is going to govern for the next 5 years: This is a significant amount of the…

During my time as a research assistant at an isolated marine turtle nesting beach in Costa Rica, I came up with a simple but for me fascinating question: What do I think I know, and how do I think I know it? The question remained with me, and I decided to enrol in a bachelor’s degree that investigates exactly this question: Cognitive Science at the University of Osnabrück in Germany.

Cognitive Science is a multidisciplinary degree. We study human cognition, brains and their most important building blocks (so called neurons) from the perspective of neurobiology, cognitive neuropsychology, philosophy of mind and try to understand their dynamics through logic, mathematical modelling, statistical analysis and computer simulations.

I want to understand how neurons process information and give rise to action and cognition. My research is focused on Artificial Neural Networks. In 2016 and 2017 I taught a course on Deep Learning techniques. You can find the teaching material, the homework sheets and the according solutions on this homepage.

Despite becoming a scientist, I am a backpacker and a hitch-hiker. After my trip around the world in 2012/13, I have never stopped travelling. My impression is, that only through gathering experiences and challenging myself, I can keep a flexible and (even more importantly) an open mind.

I am a strong believer in diversity. I embrace the right to endure freedom. I think it is of utmost importance to challenge the entangled ideas of applied science (technology) and economy, which are used to derive ethical claims and shape a wide range of political decisions. Far too often, technological and economic premisses are taken for granted and a far more important question neglected: In what kind of world do we want to live in? The use of technology is very often motivated through economic arguments like "efficiency" or "safety", but most likely result in a less and less human world.

For me, one of the most important lessons to learn as a scientist is the capability to fail. And as a human being, the capability to let the urge of control go and to experience so called "negative feelings" as an emotional, human quality, rather than to judge about them with my thoughts.